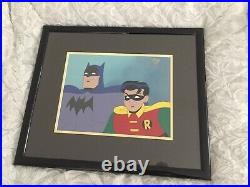 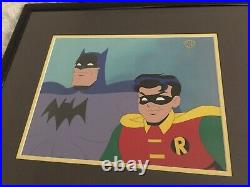 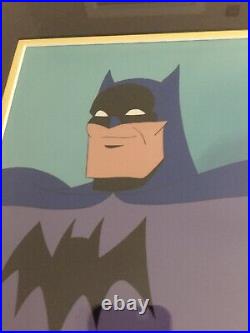 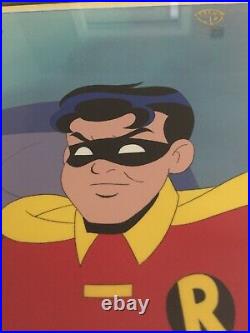 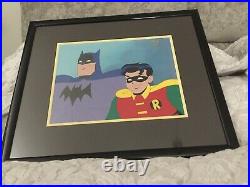 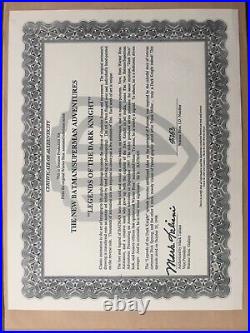 Very rare opportunity to acquire an original production cel from Batman the animated series featuring a 1950s Golden Age version of Batman and Robin. In the episode, children share their idea of what Batman might look like, so these versions only have five minutes screen time, meaning these versions of the animated art are incredibly scarce in comparison with the animated version of Batman, which featured in over a hundred full episodes. Production Cel Legends Of The Dark Knight.