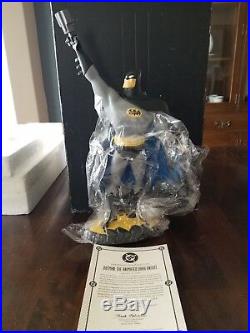 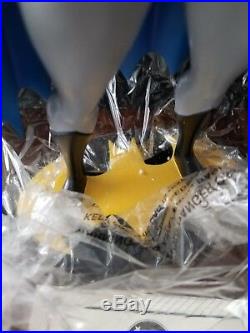 2001 Warner Bros Studio Batman: The Animated Series The Dark Knight Maquette. Maquette comes with original packing box and certificate of authenticity from Warner Bros Studios. This has the usual hairline cracks in the yellow bat symbol on the base, this is due to factory paint. This is a Great condition Batman Statue / Maquette.